When it comes to firearms, there’s no shortage of misused terminology. Sometimes the error is committed innocently, a simple mistake owing to the shooter’s ignorance. A common example is the interchangeable use of “clip” and “magazine.” However, other misused terms are more harmful. They aren’t just inaccurate; their frequent use can negatively affect the public perception of firearms. Referring to a semi-automatic carbine as an “assault rifle” — a term that implies a fully automatic action designed for purely offensive purposes — is the biggest offender. More on that later.

Anti-gun groups, politicians and biased members of the media often use such terms incorrectly — sometimes due to lack of knowledge but often with malicious intent. So, if we as gun owners don’t accurately apply firearms terminology, who will? How can aspiring shooters, genuine journalists or the public-at-large hope to receive reliable information? Here are some of the most commonly misused and confused gun terms.

The term “assault rifle” is perhaps the most commonly misused gun term, and certainly, it’s one of the most damaging to the public’s perception of firearms. Most often, the media, anti-gun groups, and all-too-many gun owners incorrectly use it to describe an AR-15 rifle.

As noted by David Kopel in an article in the “Journal of Contemporary Law,” the U.S. Department of Defense defines assault rifles as “selective-fire weapons that fire a cartridge intermediate in power between submachine gun and rifle cartridges.” The AR-15 and other civilian carbines errantly called assault rifles do no such thing. They are semi-automatic, non-battlefield firearms.

To add further clarity, “AR” does not stand for “assault rifle” or “automatic rifle”. It stands for ArmaLite rifle, after the company that developed it in the 1950’s.

However, anti-gun groups have been hugely successful in applying the false label to convince Americans that AR-15’s and other semi-auto rifle platforms are a fully automatic, public threat. Much of the mainstream media now uses the “assault rifle” label broadly and without question.

To further capitalize, anti-gun groups completely invented the term “assault weapons” to broadly cover everything from home-defense shotguns to standard-capacity handguns — anything they wish to ban.

In fact, according to Bruce H. Kobayashi and Joseph E. Olson, writing in the Stanford Law and Policy Review, “Prior to 1989, the term ‘assault weapon’ did not exist in the lexicon of firearms. It is a political term, developed by anti-gun publicists to expand the category of ‘assault rifles’ so as to allow an attack on as many additional firearms as possible on the basis of undefined ‘evil’ appearance.”

Do you know that boxy rectangular thingy that holds cartridges and slides into the bottom of your semi-auto pistol? It’s not a clip — no matter how often the term is misused. It’s a magazine.

A magazine holds shells under spring pressure in preparation for feeding into the firearm’s chamber. Examples include box, tubular, drum and rotary magazines. Some are fixed to the firearm while others are removable.

A cartridge “clip” has no spring and does not feed shells directly into the chamber. Rather, clips hold cartridges in the correct sequence for “charging” a specific firearm’s magazine. Stripper clips allow rounds to be “stripped” into the magazine. Other types are fed along with the shells into the magazine — the M1 Garand famously operates in this fashion. Once all rounds have been fired, the clip is ejected or otherwise released from the firearm.

These seemingly synonymous terms are often used interchangeably, but they describe two distinct aspects of shots on target. Accuracy is a measurement of the shooter’s ability to consistently hit a given target; precision is essentially the tightness of his groups.That’s the same thing, you say? Perhaps further examples are in order. The best illustration of the differences I’ve come across is courtesy of an unlikely source: the National Oceanic and Atmospheric Administration. The NOAA’s article “Accuracy vs. Precision” was written with surveyors in mind, but its examples include four, four-shot groups by a rifleman (who we shall assume has a perfectly zeroed firearm and is aiming for the center of the target).

In example No. 1, the rifleman’s four shots are scattered all across the target. This is neither precise nor accurate.

In example No. 2, the rifleman places a tight four-shot group in the upper left of the target. This is precise (the shots are close together) but not accurate (the shots are far off-center).

In example No. 3, the rifleman lands a fairly wide four-shot group near the center of the target. He is accurate (his shots are near the intended target) but not precise (it’s a wide group).

In example No. 4, the rifleman delivers a nice, tight, four-shot group directly to the bullseye. This is both accurate (he hit the center of the target) and precise (all four shots were close together).

So, while a rifle that consistently produces tight groups is often described as “accurate,” it’s more properly an indication of good precision.

There is some gray area with this one. Some use the term “handgun” to describe any hand-held firearm, but only use “pistol” in reference to semi-automatic handguns — not revolvers. I’m of the school that believes pistol and handgun may be used interchangeably. Here’s why.

One authoritative source, The NRA Firearms Sourcebook, defines a pistol as “a generic term for a hand-held firearm. Often used more specifically to refer to a single-shot, revolver or semi-automatic handgun.”

Then there’s the historical record. Though there’s debate over whence the term “pistol” arose, by the late 16th century it was commonly used to describe any hand-held gun. It even appeared in works by William Shakespeare. Then along came Samuel Colt, who described his cylinder-firearm invention as a “revolving pistol.”

“Pistol” was an established part of the vernacular long before the semi-auto handgun. Therefore it’s safe to say all handguns are pistols, and all pistols are handguns.

A sub-compact pistol is simply a small, concealed-carry-friendly version of a particular full-size model. For example, the Springfield XD 9mm Subcompact is a 3-inch barrel version of the full-size 9mm XD with a 5-inch barrel. There are no standard dimensions per se that constitute a subcompact, and thus sizes vary among manufacturers.

“Pocket pistol,” on the other hand, is a generic, somewhat slangy term for any small handgun suitable for concealed carry in a pocket or otherwise. The Ruger LC9, for instance, is a pocket pistol. However, it is not a subcompact. It is a stand-alone pistol, not a smaller version of a full-size gun.

Cartridge vs. Bullet vs. Caliber

Given the vast differences between the terms “bullet,” “cartridge” and “caliber,” it’s amazing anyone with a modicum of experience would confuse them. And yet how many of us have been in a gun store when someone walked in looking for “a box of .30-’06 bullets” when he obviously wanted actual cartridges?

A “bullet” is merely the projectile that exits the barrel. Specifically, it’s a non-spherical chunk of lead, copper or other material intended for use in a rifled barrel. The bullet’s “caliber” is a numerical approximation of the bullet’s diameter, often expressed in millimeters or hundredths of an inch.

“Bullet” should not be used interchangeably with the term “cartridge” — a bullet is a mere component of it. Cartridges consist of the case, primer, propellant, and projectile. In the case of rifles and handguns, the bullet is seated in the cartridge case. Cartridge is also an accurate term for any shotshell.

There are two main errors with these terms: using them interchangeably or the false assumption that the extractor also ejects spent shells. Designs vary, so some generalities are in order.

In most firearms, the extractor hooks onto the head of a chambered cartridge and pulls it rearward as the action is cycled. The extractor alone does not eject the spent casing — that’s the job of the ejector.

In many semi-automatic firearms, the ejector typically looks like a small blade positioned opposite the ejection port. In a nutshell, the extractor pulls the shell rearward until it contacts the ejector, which flings it out the port.

The confusion with the term “shells” perhaps stems from its similarity to the word “shotshells.” I’ve run across folks under the impression that “shells” only refer to shotgun cartridges (shotshells). In reality, “shells” is an accurate — albeit somewhat colloquial — descriptor for any handgun, rifle or shotgun cartridge or cartridge case.

Shotshell, on the other hand, refers to a round of shotgun ammunition — most accurately one that contains pellets rather than a slug or other projectile.

Here’s a differentiation that tends to get people fired up. Many firearm experts believe that the term “silencer” has no correct usage — rather, it’s an inaccurate slang term for “suppressor.” Suppressors aren’t silencers because they don’t actually “silence” the firearm. Guns that fire silently exist only in Hollywood. Suppressors merely moderate escaping gases, greatly reducing but not eliminating noise.

The NRA Firearms Sourcebook makes the distinction clear, defining a suppressor as “a device attached to the muzzle of a firearm to reduce the noise of discharge. Sometimes incorrectly called a ‘silencer.’”

I believe that’s the most accurate definition. However, here’s where things get muddy: The Bureau of Alcohol, Tobacco, and Firearms uses the term “silencer” in its official paperwork.

So, I suppose, either term is accurate. Still, I advise sticking with “suppressor” and avoiding the use of the word “silencer.”

This is a question most of us have asked ourselves a dozen times, or more. Can I … END_OF_DOCUMENT_TOKEN_TO_BE_REPLACED 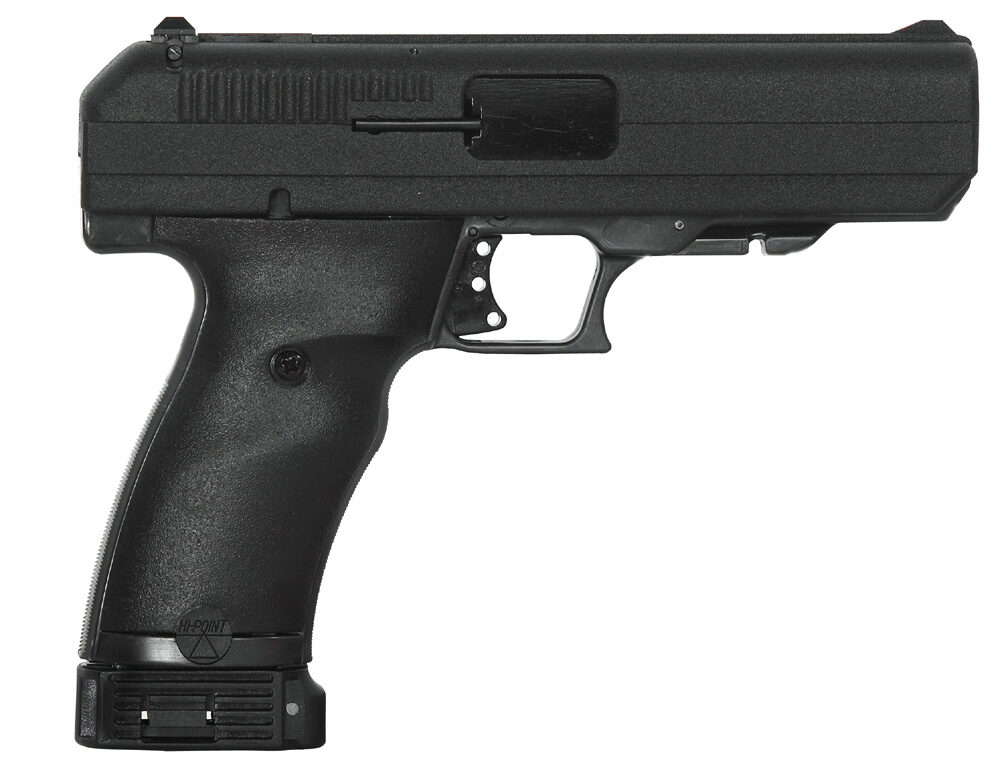 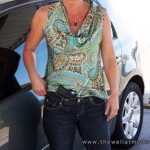