Over the last decade, the number of individuals obtaining a concealed carry permit has skyrocketed, and that’s a good thing. The concealed carry movement has bolstered support for the Second Amendment, introduced legions of new shooters to the world of firearms and proven that legal gun ownership does not create spikes in crime rates (just the opposite, in fact).

Perhaps most importantly, the boom in concealed carry has preserved the personal liberty of millions of Americans by allowing them to defend themselves against those who would inflict harm upon them. As a result of this new wave of shooters, and the threat of having our Second Amendment rights being taken away by the current political climate, gun sales have risen dramatically. The topic of concealed carry firearms has become a watercooler topic in workplaces around the country.

No matter what gun you carry, no matter the ammo is in the chamber, no matter your skill with a firearm, you won’t survive a deadly concealed carry encounter unless you have the right mindset.

The dean of developing a personal defense mindset was the late Col. Jeff Cooper, founder of Gunsite Training Academy in Arizona. Cooper left behind a great deal of information on his views regarding the topic, which are available through his videos and writings, but the primary thrust of his teaching is that evil can find you today.

Dave Grossman wrote a book entitled “On Killing”, which I recommend knowing if you have the right mindset and are fully aware of what can, and will, happen if you are confronted with the “fight or flight” situation.

No one is immune to violence, and neither the neighborhood we live in nor the circles we keep insulate us from the reality that death may come knocking anywhere and at any time. And you need to know what to do if that happens. The proper mindset is, in my opinion, vastly more important than firearm selection. Sure, you need a good gun that works properly, but no gun will do the task required if your brain fails.

If I find myself in the midst of a violent encounter, I want to know that I am more prepared to survive based on my mental state than my adversary. It might be a thin line between tragedy and survival.

If you’re going to invest in a firearm for concealed carry, you must also invest in the training required to handle that gun in a safe and effective manner. For some, this means spending time on the range after purchasing a firearm, and you’ll need to carve out at least a few hours twice a week to stay sharp and develop the muscle memory to become a competent defensive shooter.

For others, advanced training is something they find necessary to be prepared for a defensive situation in the real world. It means being ready and able to protect yourself and others when you are confronted by an attacker anywhere you happen to be. This is where tactical training comes in. You should be trained to move to cover or concealment and fight on the move when needed.

The best instructors are patient and are willing to help, quick to point out the issues that can become real problems if left unaddressed. There are three keys to effective training—find a qualified instructor, listen carefully to what they say (leave your ego behind) and practice what you’ve learned. If you do these things, you will be much better prepared to defend yourself, regardless of the gun you carry concealed.

Your concealed carry firearm is simply a delivery system to propel a projectile at an attacker. In short, your defensive handgun fires a bullet but it is the bullet that serves to neutralize the threat. Why, then, do so many people choose to buy an expensive firearm and load it with cheap ammunition that was designed for target shooting and not personal defense?

There are a lot of differing opinions about what caliber ammunition is best for self-defense ammunition; .380 vs 9mm vs .40 S&W vs .45 ACP vs .357 Magnum vs .44 Magnum, etc. My personal choice when I became interested in carrying full time was the 9mm. The reasons being that most law enforcement agencies were using it. If it worked for them, it should work for me too. And if I had to use my gun, the courts couldn’t find fault with my choice of ammo.

Hollow point ammo is designed to crush as it enters an object, therefore not going all the way through. This is why police use it, to prevent innocent bystanders from getting hit with a bullet that goes all the way through a bad guy.

There are a number of excellent personal protection loads for concealed carry from Federal, Nosler, Hornady, Remington, SIG Sauer, Barnes, Winchester, Browning, and others, and Federal recently unveiled its new Practice/Defend ammo packs that contain 100 rounds of practice ammo and 20 rounds of defensive ammo in one package.

It’s never seen unless I want it to be.

Finding a holster that fits your shape and lifestyle can be difficult, but this is a critical decision. Your gun is only as effective as it is accessible. If you can’t get your gun drawn and fire in a hurry, then you won’t be able to adequately defend yourself. I’ve even talked to several people who, after obtaining a concealed carry permit, don’t carry because they can’t find a comfortable holster.

The holster’s main purpose is to hold the gun close by and protect it from the elements. It also keeps the gun held in a safe manner so you don’t get shot accidently. [By the way, the common belief is that there is never an accidental discharge of a firearm, only negligent discharges.]

Most people opt to carry on the strong side (though it’s better to be able to access the firearm with either hand) and choose either an inside-the-waistband (IWB) or outside-the-waistband (OWB) holster. More modern forms of concealed

carry are the belly band, a wide elastic band around the mid-section with pockets sewn in, undershirts with sewn-in pockets,

and even a band around the bicep to hold a gun under the sleeve of a short sleeved shirt.

Along with holster selection, you’ll also need to find clothes that fit well without printing, and there are a number of great dress and casual options.

Remember that previous section regarding the importance of proper bullet selection? Choosing a set of sights—the system by which you will properly deliver that bullet—is critical, and the irons that come with your gun may not be the best option for you.

It’s not always easy to find the right gun with the right sights, but the good news is that you can change the sights (or, if you aren’t up to the task, there’s likely a competent gunsmith somewhere nearby who will swap your sights for a reasonable price). I prefer a front sight that is bright green. That color seems to be the easiest for me to see in any light conditions, and fiber optic and tritium options do an effective job allowing you to shoot in near or total darkness.

But iron sights aren’t the only option. Lasers can be mounted on the rail, in the grip or even in the iron sights of your concealed carry pistol, and they are effective day or night. Today’s compact reflex optics are light and durable, and more and more semi-autos are coming optic-ready.

The primary concern when storing a firearm in the house is access. You must make the gun rapidly accessible to those who know how to use it while keeping it inaccessible from those who don’t. A safe is a great option, but will you be able to get to that gun in a hurry?

When choosing a safe, you’ll need to decide which type of locking system you want. Traditionally, safes have had digital or mechanical dials that allow entry, but more modern safes are using RFID technology.

Coded safes are another option, allowing you to quickly enter a punch code, and biometric options that recognize your finger prints are also an option. The best safe for you depends on your preferences and your budget.

If you carry a gun or are considering it, I hope this article is giving you the information you need to make a wise decision. Carrying a gun for self-defense is not a choice to be made lightly. There is a huge responsibility involved with this decision.

I have been carrying a handgun for most of my adult life and, fortunately, I have never been forced to use it. I’ve read Lt. Col. Dave Grossman’s book and, believe me when I say it’s an eye-opener.

Please leave me your comments below. I would like to know your thoughts.

This is a question most of us have asked ourselves a dozen times, or more. Can I … END_OF_DOCUMENT_TOKEN_TO_BE_REPLACED 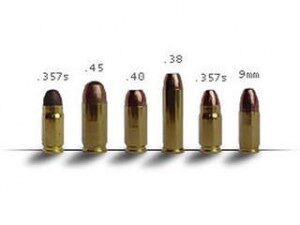