I recently had dinner with Donald Trump.

I sat right across the table from him.

I listened more than I talked.

I thoroughly enjoyed the evening I spent with him.

Donald Trump looked healthy, well-rested and was extremely energetic. His conversation was positive, passionate, articulate, and intelligent. He is VERY “Presidential.”

Refreshingly, he is not a “politician.” He speaks his mind and is not willing to buckle under any pressure from anyone in his efforts to make America great again.

Regardless of whether you are a Republican, Libertarian, Democrat or Independent, if you care about your Second Amendment rights, there is really only one candidate to vote for. That candidate is Donald Trump.

Whether you believe Donald Trump can actually make America great again or not, if you care about your Second Amendment rights, there is only one candidate to vote for. That candidate is Donald Trump.

Whether you agree with Donald Trump’s position on immigration, foreign policy, economics, taxes, the military, social security, health care or not, if you care about your Second Amendment rights, there is only one candidate to vote for. That candidate is Donald Trump.

WHY? Because Donald Trump and his family are very pro-gun. I have had numerous conversations with Donald’s son, Eric Trump, as well. Donald, Donald Jr., and Eric are big time gun owners, train with their guns, and are VERY familiar with Front Sight. The Trumps cherish the Second Amendment the way you and I do. To the Trumps, “Making America Great Again” means protecting and restoring the Second Amendment. They don’t just talk the talk. They walk the walk.

On the other hand, you have Hillary Clinton, who has publicly stated many times that if she could, she would confiscate every gun in America!

Even more important than what Donald Trump can do for America over the next 8 years is the fact that the next President of the United States will have the opportunity to appoint FOUR, possibly five Supreme Court Justices! If Donald Trump is making those appointments, you can be SURE the Second Amendment will be protected for the next fifty years or more.

If you let Hillary Clinton make the next four or five Supreme Court Justice appointments, she will appoint anti-gun justices and in the next several years, the individual right to keep and bear arms will be overturned at the Supreme Court level.

He has my vote. He should have yours too.

So what can you do to help? THREE EASY STEPS…

Want to know what I said to Donald Trump as I shook his hand after dinner?

I said, “No matter what happens, no matter how hard your detractors push you, no matter how badly the politically correct media treats you, NEVER apologize for speaking your mind.”

Donald responded. “I won’t. I can tell you wouldn’t either.”

We nodded in agreement.

This is a question most of us have asked ourselves a dozen times, or more. Can I … END_OF_DOCUMENT_TOKEN_TO_BE_REPLACED 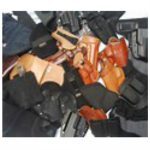