What do you think about W.Virginia’s new law eliminating the requirement of a permit to carry a concealed handgun? I say “handgun” instead of “weapon” because the law has no reference to any weapons other than guns (that I’m aware of ). In my state of Nevada, the law specifically addresses guns and call it a Concealed Firearms Permit.

Read the article to the end, then decide for yourself if this is a good idea…….

Submitted photo Dwight Edwards, a firearms instructor from Ona, said although West Virginia law no longer requires a permit to carry a concealed handgun for most individuals, he still believes safety courses are necessary. “I believe if you are going to carry (a gun), it’s a very good idea,” he said. “What’s legal and what’s a good idea are completely different things.”

Police continue to speak out in opposition to new gun laws HUNTINGTON – Cabell County law enforcement leaders aren’t happy with the new law allowing people to carry a concealed weapon without a permit because of potential dangers their officers will face.

HUNTINGTON – More than 1 in 10 West Virginia adults has a permit to carry a concealed handgun, and the number of Mountain State residents carrying weapons is likely to increase with the new concealed carry laws that took effect this week.

As of May 24, a new permitless carry law allows West Virginians to carry firearms freely without going through a safety course or having to obtain permits, so long as they meet certain requirements.

House Bill 4145, which was passed in March after originally being vetoed by Gov. Earl Ray Tomblin, also enhances policies for those less than 21 years of age, criminals, defendants in domestic violence cases and anyone with mental impairments.

Supporters applaud the change as a victory for the right to bear arms, but the measure still concerns law enforcement and puts even more responsibility on individuals to handle their firearms safely and responsibly.

Although the bill received bipartisan support, it received criticism from both private citizens and police officials statewide. The bill did not survive the legislative session last year after Tomblin first vetoed it.

West Virginia became the eighth state to allow permitless concealed carry, joining Alaska, Arizona, Arkansas, Kansas, Maine, Vermont and Wyoming. Permits will still be available for anyone wanting to obtain one and will be helpful for those who want to carry their weapon in states that recognize a West Virginia concealed handgun license.

Even before the law changed, West Virginians had been showing a growing interest in concealed carry.

More than 156,600 West Virginians had permits to carry concealed weapons as of six weeks ago, according to a registry kept by West Virginia State Police. That is about 11 percent of the state’s over-18 population.

The trend is another sign that Americans are feeling more comfortable about owning guns. According to a Gallup survey published in 2014, more than six in 10 Americans believed guns make homes safer, almost flipping from public perception in 2000. In 2000, 35 percent said guns made homes safer, while 51 percent said it made a home less safe.

“Cabell County has been one of the highest issuing counties ever since I’ve been sheriff,” he said. “Part of that is due to we were, up until the last census, the second-most populous county in the state. We have always issued numerous gun permits.”

“I think law enforcement will continue to work to overturn this and get back to some sensible regulations in terms of who carries a firearm,” he said.

Roadblocks will remain in place for some citizens with criminal cases pending and citizens younger than 21.

Anyone convicted of misdemeanor cases involving violence within the past five years or who are the subject of a domestic violence protective order cannot obtain a permit. Anyone under indictment for a felony offense or has been determined to be mentally incompetent or committed to a mental institution also will not be able to obtain a permit.

A $25 permit fee was set for 18- to 21-year-old residents. Anyone in that group found concealing a weapon without a permit will face a misdemeanor conviction with up to $1,000 in fines. Second offense is a felony with a one- to five-year sentence and up to $5,000 in fines.

“These important pro-gun reforms recognize that a law-abiding individual’s fundamental right to self-defense should not be conditioned by government-imposed time delays and taxes,” she said.

According to the NRA, no other states with permitless carry have seen a “detrimental effect on public safety.”

McComas said he still expects many people to seek permits because of out-of-state travel and the overall cushion safety courses give to permit holders.

My Thoughts On The New Concealed Carry Laws

What W. Virginia did is completely legal according to the Constitution. Many people today are calling it “Constitutional Carry” and the term seems to fit nicely. I approve of the new law, but I question the wisdom of the part that says ” without going through a safety course”. I firmly believe anyone wanting to carry a weapon, whether it’s concealed or not, should have a certain degree of training. It may come from years of training by family members with the experience to do an adequate job of teaching their kids, or another “qualified” instructor. I think, somehow you should be asked to show your competence at responsible gun handling.

Some law enforcement agencies may have concerns with this but just look at the other seven states with Constitutional Carry. They don’t seem to have a problem with it, so why would W. Virginia? This looks like a building trend, doesn’t it? Years ago there were only a couple states with relaxed gun laws. Now there are eight of them. Soon I expect we will be seeing more states joining in. Maybe soon we will also see cooperation with states recognizing all other carry permits just like they do with your driver’s license. Wouldn’t that be an improvement?

As always, if you would like to leave your comments on this article or it’s separate contents, please write a comment in the space provided below. And thanks for reading. I hope you got something good out of it.

I have an update to this article that just came in.

The state of Idaho has just passed a similar law to the one described above in W. Virginia. The new law in Idaho will take effect on July 1st. This is the ninth state to adopt the Constitutional Carry policy as law. Almost 20% of the nation.

Go to this post to read the story and the comments of an attorney familiar with this law and all its ramifications.

This is a question most of us have asked ourselves a dozen times, or more. Can I … END_OF_DOCUMENT_TOKEN_TO_BE_REPLACED 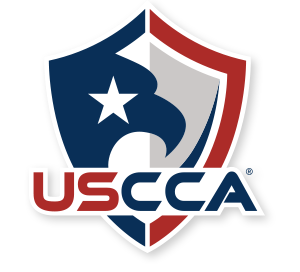